The high number of MHC-peptide complexes on a MHC Dextramer increases the avidity for T cells which is particularly advantageous for low-affinity T-cell receptors (TCR).

The comparison between tetramer and MHC Dextramer for the detection of low-affinity or high-affinity TCR shows that staining with Dextramer allows the detection of antigen-specific T cells that Tetramer cannot detect. This new level of sensitivity uncovers antigen specific populations that could not previously be identified.

On the other hand, for high affinity TCR, both tetramer and Dextramer can detect the antigen-specific population, but MHC Dextramer staining shows a higher fluorescence resolution. 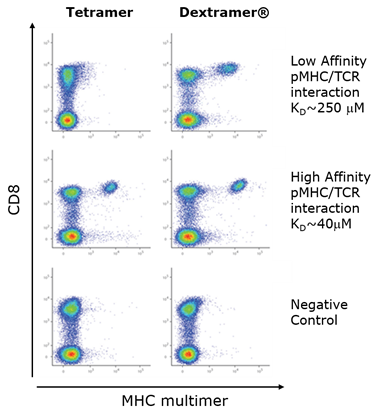 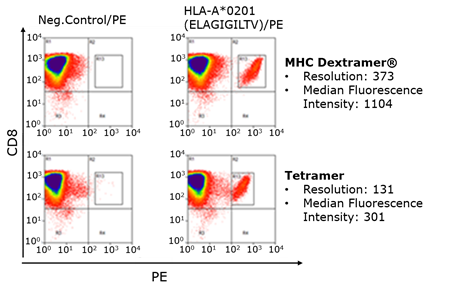 Compared to other multimer technologies (tetramer and pentamer), MHC Dextramer identifies antigen-specific T cells with the highest resolution and the lowest background staining. 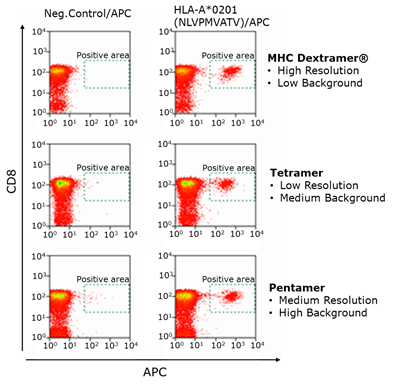 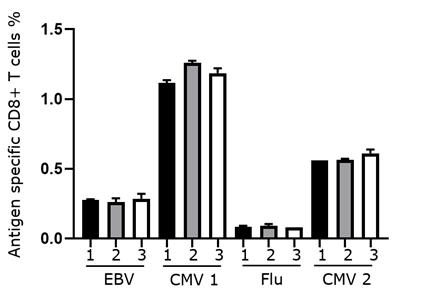 All our products are based on the following technologies: