CD4+ T cells orchestrate protection from severe influenza. However, knowledge of epitopes and the molecular patterns associated with recognition across the population is lacking.
In this study, researchers identified several influenza epitopes from internal virus proteins using customized Klickmer® and applied this knowledge to explore the biochemical features that underpin CD4+ T-cell responses to influenza. 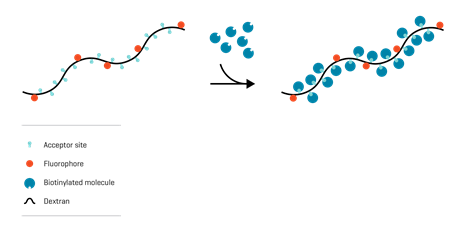 Human peptide-HLA monomers were biotinylated and multimerized onto the Klickmer® backbone. The peptide-HLA Klickmer® reagents were then used to identify HLA-restricted epitopes within three internal Influenza A Viral proteins, including M1, NP, and PB-1 in peptide expanded cell cultures from five HLA-DR1+ donors.

To quantify and compare the recognition of selected epitopes, peptide-HLA Klickmer® reagents were used to identify epitope-specific responses in five HLA-DR1+ donors (Fig. 1A).

The largest responses, whether measured in terms of size of CD4+ T-cell expansion or of  the median fluorescence intensity (MFI) of Klickmer® positive cells, were consistent to  M1129-142-GLI followed closely by HA306-318-PKY (Fig. 1B and 1C) 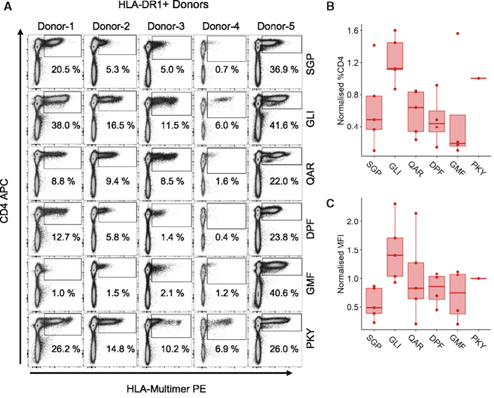 Get the case study as a PDF.

Get in touch with our application specialists.