Dextramer® reagents are designed with the needs of researchers and clinicians worldwide in mind, ensuring high sensitivity and reproducible results. 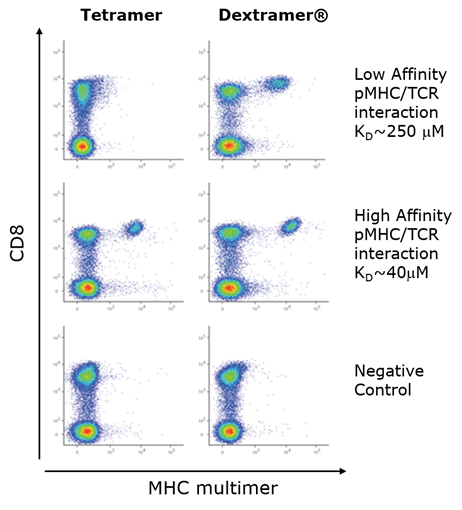 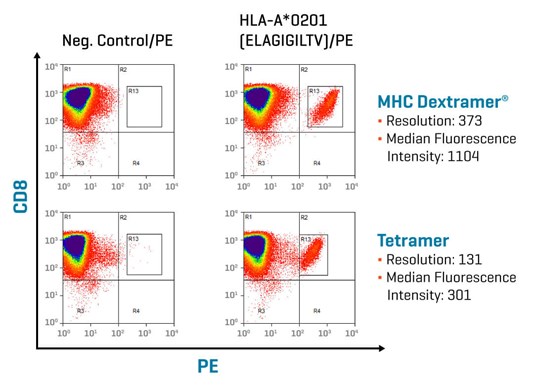 Get a Clear Picture – Highest Resolution With the Lowest Background 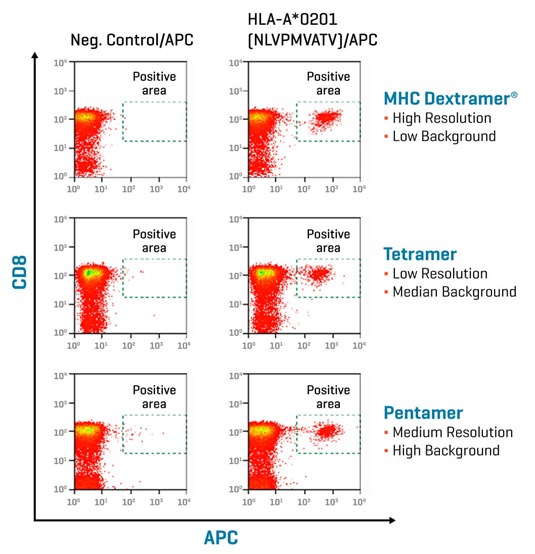 High-Quality Reagents for Your Research

An internal comparison study was run with three different batches of MHC I Dextramer® reagents specific for EBV, CMV (two different peptides), and Flu.
The study showed that the percentage of CD8+ antigen-specific T cells identified with each batch is comparable. 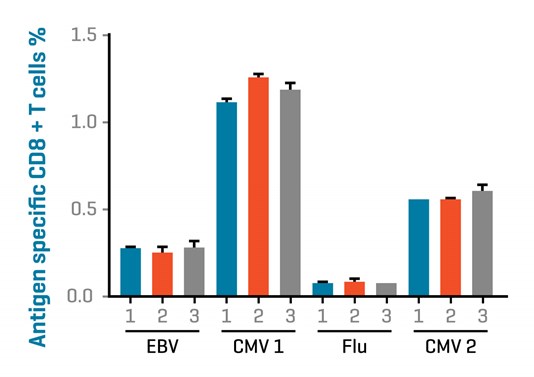 Challenge the Limits of Immune Monitoring